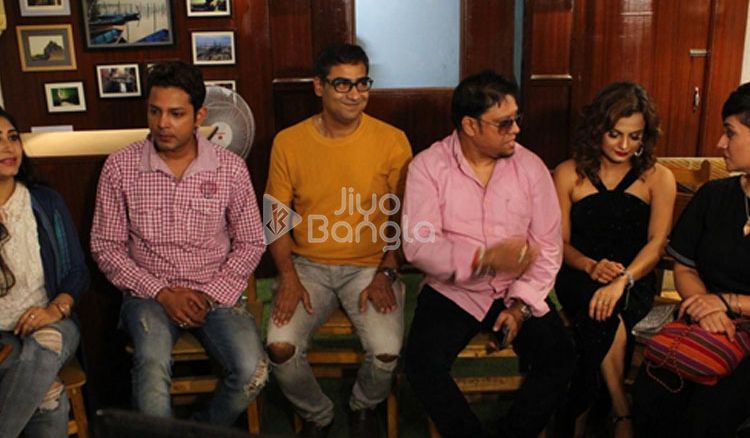 Director Anindya Sarkar’s next movie will be a thriller and it is titled ‘Triangle’. The movie will see Kaushik Sen as Rajdeep Sen, a corporate magnet from Kolkata. The film also stars some of the popular faces in the industry such as Satabdi Chakraborty, Biswanath Basu, Reshmi Bhattacharya, Raj Bhattacharya will play important role in the movie. On 19th July, the trailer of the thriller movie was released in the presence of the star cast at Wisdom Tree.

‘Triangle’ revolves around Business tycoon Rajdeep Sen who spends a simple and lonely life with the memories of his late wife Manju. Things changed when Tanaya Chatterjee enters his life. Things changed when Rajdeep exposes a shocking truth about Tanaya after their marriage. What happens next forms the crux of the film. Speaking with Kaushik Sen, “I have worked with Anindya previously and he is a very good director. My character has different layers and the audience will love this movie for sure. Quite an interesting character Rajdeep is, I must say.” On the other hand, director Anindya said, “This movie won’t carry any social message but Triangle have lots of shades in every character.” The movie will hit the theaters in September.