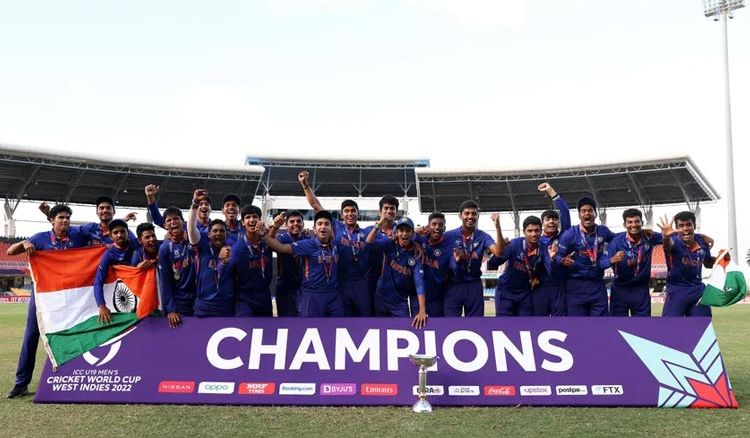 India’s under-19 Men’s cricket team defeated England and won the Under-19 Cricket World Cup on Saturday. England lost to India by four wickets. This happens to be the fifth time that India wins this title. England had won the toss and chose to go for batting with Jacob Bethell opening alongside George Thomas. Eventually India won the game with 195 runs for 6 wickets against England’s 189 all out and lifted the ICC U-19 World Cup title at the Sir Vivian Richards Stadium in North Sound, Antigua. BCCI (Board of Control for Cricket in India) has announced a 50,000 Rupees reward for each player and a 30,000 Rupees reward for members of the support staff. The BCCI President, Sourav Ganguly congratulated the team and said “the team showed grit, determination and courage to bounce back strongly despite the Covid-19 cases in the camp”. Prime Minister Narendra Modi praised the team and said, “Their stellar performance at the highest-level shows that the future of Indian cricket is in safe and able hands”. This year’s edition of the Under-19 World Cup was played across several Caribbean Islands where a total of 16 teams took part.