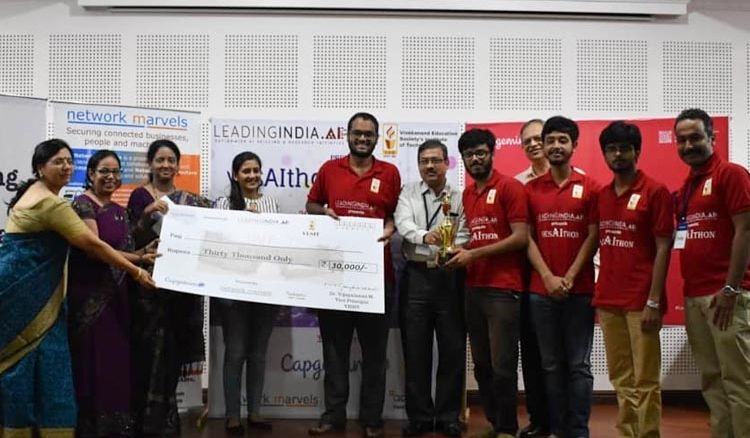 For a nation with as many as 112 million elderly people, geriatric care is fast emerging as a major worry for India. Apart from a range of health problems, the elderly face loneliness, abuse, or plain neglect.

Even if willing, the caregiver at times finds it inordinately difficult to reach out to the aged at the right time.

A solution might be close at hand. An interdisciplinary team of 2nd year B. Tech students of IIT Kharagpur have built two interconnected android smartphone apps under the name ‘CARE4U’ that connects the caregiver to the elderly. One of these apps can be installed on the phone of the elderly, the other on the smartphone of the caregiver.

The neural network-based fall detection algorithm in the app installed on the phone of the elderly can detect whether the elderly has fallen down. If there is a fall, it automatically calls the caregiver and emergency services with the location of the elderly person.

As to why the team chose to work on elderly, Aniruddha Chattopadhyay, a 2nd year student of the

Department of Industrial and Systems Engineering said, “We strongly feel that AI should impact and improve everyone’s life. Since not much has been done using AI for old people, we decided to give it a try.”

CARE4U can also detect emotion. Whenever the elderly opens the app, the phone takes his picture and a mood index is calculated. This detects whether the person is sad or not and automatically updates the caregiver with the timestamp. The caregiver can check what mood the senior citizen has been through in the day and perhaps talk about it. To make this feature more effective the team has developed a cognitive intelligent chatbot for the elderly person to engage with. Team member Kanishka Haldar from the Department of Electronics and Electrical Communication Engineering says, “We customised it to recognise the current mood of the person and, accordingly, fine tune its conversations with that of the person. For example, the chatbot can recommend a motivational quote or an old song when the person is sad.” His fellow student from the same department, Aadi Swadipto Mondal explains the functioning of the app. “The best thing about our app is that except for the chatbot, all other Machine Learning models run on the mobile itself, so no cloud service is needed. Even if there is no internet connection, all other features such as fall detection, emotion detection will work,” he says. 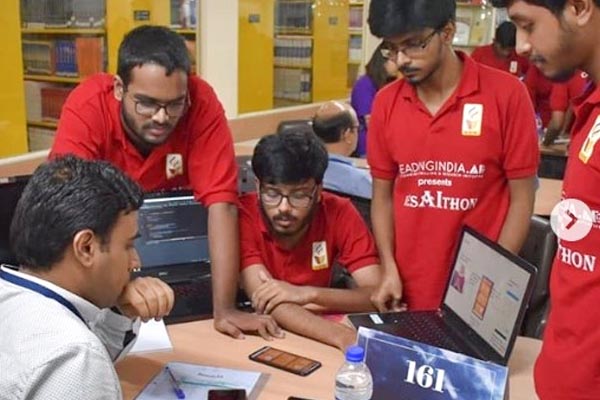 CARE4U can also do a plethora of other day-to-day life activities like make a call, send a text, book a cab and so on. The app also has a record of medical histories, allergies’ account, an SOS button, real time location tracking and so on. It also has a ‘Medicine Reminder’ feature to remind both the elderly as well as the caregiver that it is time for the former to take medicine. “To make a list of the medicine, all one has to do is take a photo of the medicine. The image-to text recognition algorithm of CARE4U automatically detects the name of the medicine and adds it to the list. The user then just needs to set the time at which the medicine has to be consumed,” explained team member Partha Sarathi Roy from the Department of Geology and Geophysics.