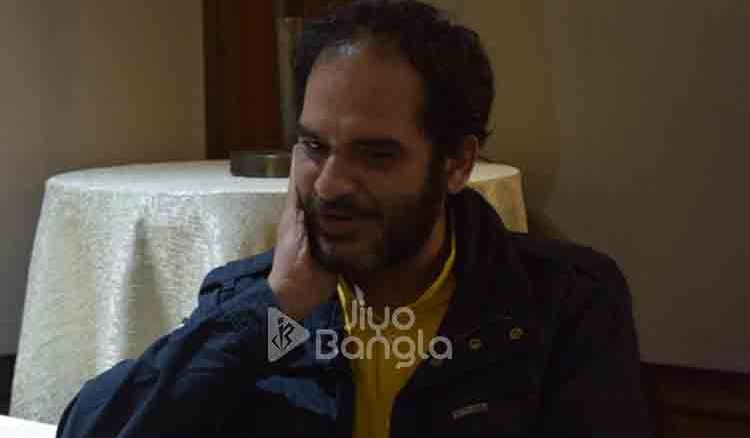 Lyaad (a musical short) deals with an overworked corporate hotshot. Ritwick Chakraborty’s character (Kinkar) pressed between his devil of a boss and an ever-demanding wife. Kinkar looks for some solace in an unlikely ally one day things change when Raja da (the king of Ghost) appears to give his that one thing which was missing from his life. The LYAAD boon!

In a special interaction with the director, actor and the music composer, we found one thing common among these four personalities. National award filmmaker Pradipta Bhattacharya, actor Ritwick Chakraborty, Dibyendu Mukherjee and Anirban Ajoy Das has one thing in common- they all believe in the term ‘LYAAD’. The film is produced by ICE Media Lab. Speaking with Riwtick about the 14 minute short film, he said, “quite contradictory to Lyaad, the making of the film was very challenging. This is my first ever animation (short) film and it was quite tough to do it all together.” Meanwhile, the adda session with the other cast was jovial.

When we ask the award winning director Pradipta Bhattacharya regarding his script, he said, “The storyline of Lyaad is basic but the animation work was meticulous. What followed next 65 day was madness and fun to execute my first animation film”. Other than this short film, the director is extremely respected for his critically acclaimed films like Bakita Byaktigoto and his recent release Rajlokki-O-Shrikanto. On the other hand, Amit kumar Bagchi, did the animation part.The movie is scheduled to release in Social Media platform on 11th January.