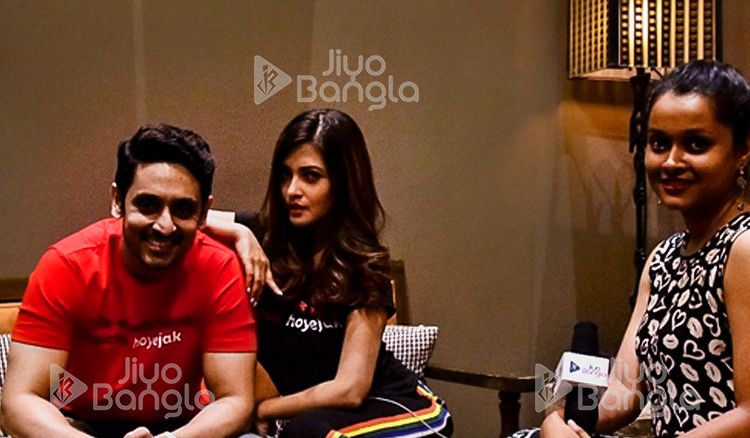 I am in love with the director: Riya Sen

Right after the success of ‘Mismatch’, a comedy series by Hoichoi which streamed in September, 2018 is back with season 2. The exhilarating factor is that actress Riya Sen returned to tollywood after a long hiatus. This is her first ever web series with the world’s largest Bengali steaming service- Hoichoi.

The season 2 of Mismatch will deal with new characters and true love. The story revolves around two couples and their ‘not-so-happy’ married life. This season is not a continuation of the first season. The main cast remains the same with Rachel White, Rajdeep Gupta and Mainak Banerjee and even the director, Soumik Chattopadhyay.  Speaking with Jiyo Bangla, the beautiful actress said, “It is indeed an exciting and great opportunity. Working with the other star cast was easy. Not to mention I am in love with the director, he is phenomenal.” The question remains, will these two couple will be able to clean the mess which they created? Will they find happiness and solace in their relationship or they will find someone else?

On the other hand, Mainka said, “This series will make you laugh, undoubtedly. Working with Riya, Rajdeep and Rachel it was a great experience.”