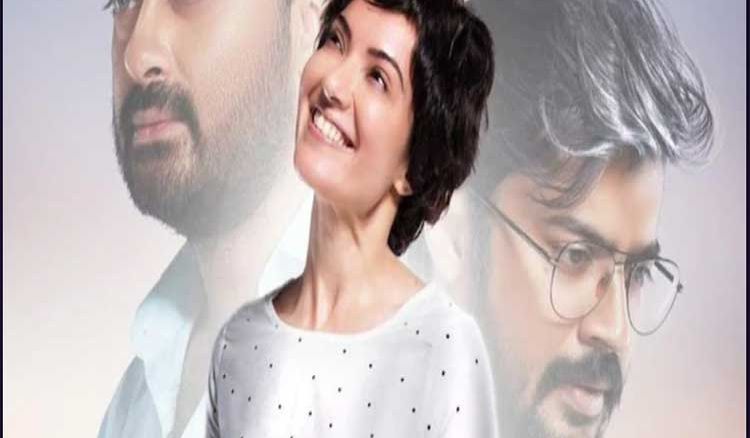 After the successful launch of film ‘Sweater’, the young enthusiastic director Shieladitya Moulik is back with yet another film titled ‘Hridpindo’. Though much is not known about the plot of the film, it is about a love story and the film questions the stereotypical notions of love which has existed for generations. ‘Hridpindo’ stars Arpita Chatterjee, Prantik Banerjee and Shaheb Chatterjee in the lead roles. The cast also includes Ananya Sengupta, Anubhav Kanjilal, Abhi Mitra, Dr. Dipanwita Hajari, Subrata Ganguly and Pradip Chakraborti among others. The shooting of the film is completed and it is almost ready to hit the theatres for its release. The film has been shot mostly in Kolkata and parts of Arunachal Pradesh. Ranajoy Bhattacharya has composed the music for this film. Actress Arpita Chatterjee recently twitted about the release date of the film and wrote, “Overjoyed to share another great news with you all..my next film #Hridpindo will be releasing in theatres on the 13th of May! The first official poster is out now! @kansinghsodha @shieladitya #ShahebChattopadhyay #PrantikBanerjee @ranajoybh”. The trailer is already out and the film is scheduled to release on May 13th.