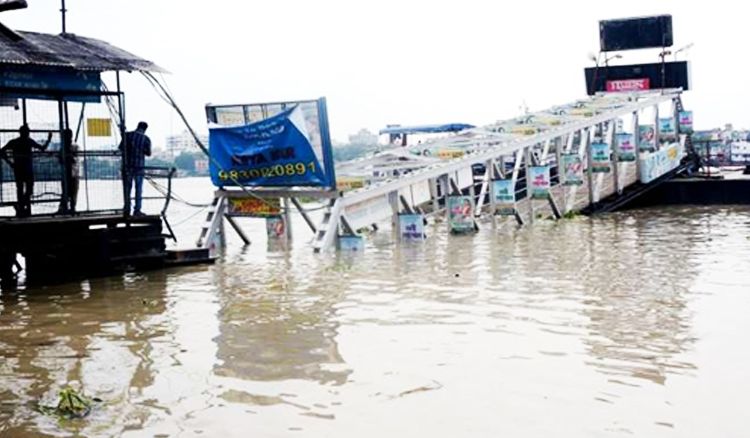 A high tide occurred on Sunday, September 01 at 11.40 am and its intensity was so strong that it made the Ahiritola Ghat jetty collapse. The high waves had struck the jetty so hard that it got weakened and collapsed. The Pontoon bridge, also known as floating bridge which connects the land surface and the streamer on the water body has completely submerged into water after this collapse. One person was injured due to this collapse and was immediately rushed to Maniktala ESI Hospital where he is undergoing treatment. Forty five years old Rajkumar Saha, a jetty staff was the only person present on the jetty during the collapse and he was injured due to it. The ferry services are temporarily suspended on the Ahiritola Ghat and the maintenance agency - Indo-Swiss Trading Company Private Limited (ISTCPL) in charge of this jetty is currently conducting repairing works. Deboshree Dasgupta, director of ISTCPL said, "Steamers don't run during high tide. Rajkumar, a staff of ISTCPL, was there at the jetty when the waves hit it. He was rescued immediately. He has suffered a leg injury. The high intensity wave hit the jetty and damaged the ball bearings of the structure, leading to the collapse of the pontoon bridge". The ferry services from this jetty are expected to resume soon. 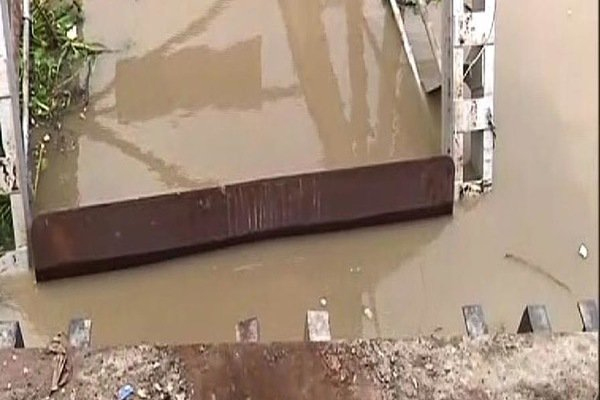