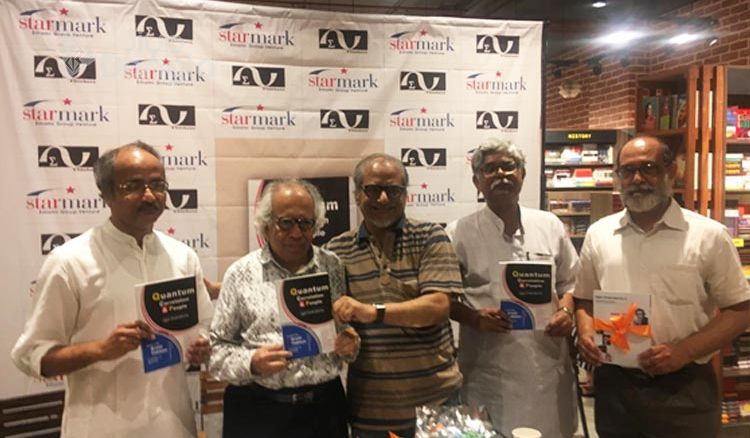 From the big screen to pages

The book ‘Quantum Correlation & People’ deals with interdisciplinary critique of the movie Aroni Tokhn. Furthermore, it also deals with Philosophy propagated in modern physics, classical music, literature and cinema. The movie which was released in 2017 is a passionate love story set on the backdrop of Babri Masjid demolition in 1992. The film revolved around three pivotal characters portrayed by Pratik Babbar, Paoli Dam and Indranil Sengupta. Speaking with the director, he stated, "Both in the film and Book it deals with Humanity. I am in awe how Ujjal da completed such narrative. Beautifully done."

This one is special to me. I am happy to present this book, hope the audience will love this one I won’t say much. For sure this book will showcase everything that I intend to say.

Later the event was graced by director Gautam Ghosh and actress Paoli Dam.