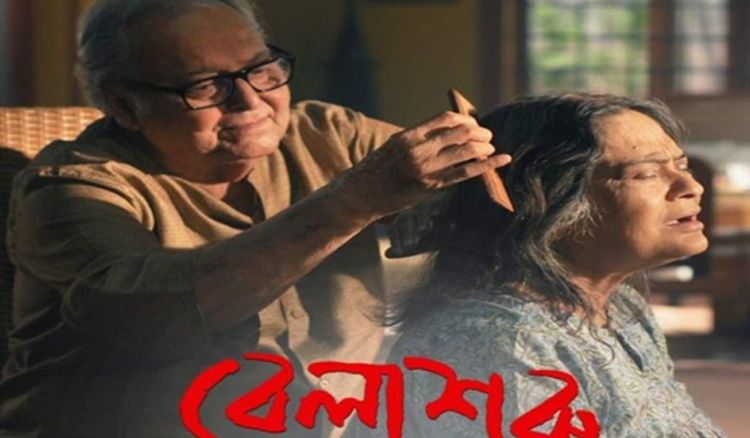 Director duo Shibprasad Mukhopadhyay and Nandita Roy have announced their much awaited next directorial titled ‘Belashuru’. Three years ago ‘Bela Seshe’ became a runaway hit and the dynamic director duo is ready to deliver yet another love story. However, the title and the poster may suggest it’s a sequel but both the directors have made it cleared that it is not a sequel of it.

The official poster was shared on the birthday of legendary actor Soumitra Chatterjee. The poster is no doubt a tribute to the thespian Soumitra Chatterjee, who is combing on his screen wife Swatilekha Sengupta’s hair. It is to be heard that the entire cast will remain same to Bela Seshe. Actors like Rituparna Sengupta, Aparajita Auddy, Kharaj Mukherjee, Indrani Dutta, Monami Ghosh, Anindya Chatterjee, Shankar Chakraborty and others will play key role in this movie. The movie which was a blockbuster back in 2015 had a serious message about to live a healthy and happy life we all need to depend on family.