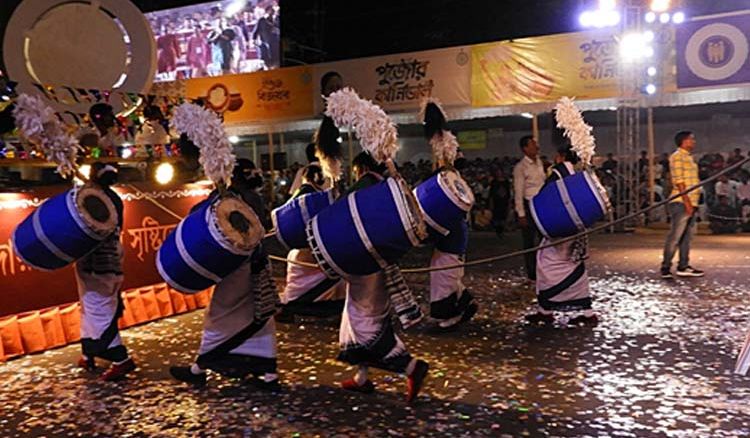 Durga Puja came to an end on the eve of Dasami on 8th October but the festive feel refuses to die down among the Bengali’s. Adding to the festive mood, the final touch of Durga Puja Carnival is getting intense. The Carnival has bettered its footfall and attracted a wider audience at an unfaltering rate since its commencement.

Since the Carnival started in 2016, the number of most popular pujas of the city have increased from 39 to a whopping 79 this year. The number has increased steadily from 2016 onwards. The Carnival features the most renowned and popular pujas of Kolkata and other Bengal districts, travelling down from Fort Williams to the immersion ghats on the banks of Hooghly with a grand show to offer for the thousands of spectators waiting on the sidewalk. This year, the Carnival will see the 79 most popular puja’s sashay down Red Road, with over 25,000 people attending in person while several lakhs will be connected digitally.

The two VIP galleries built will have Chief Minister Mamata Banerjee and along with her, colleagues, foreign delegates, IPS officers, senior bureaucrats, consular corps and members of the civil society seated. 200 workers gave the final touch on Wednesday and Police have asked Puja committees to move their idols by Thursday and the waiting area of the most puja organizers at Kidderpore Road will have temporary washrooms, drinking and sitting arrangements available.

The success of last year’s show encouraged a massive number of foreign delegates and tourists to attend the show, which eventually put West Bengal in the world tourism map. Security situations during the Carnival have been intensified with checkpoints, CCTV camera installations and watch towers intended towards the safety and security of VIPs attending the show.