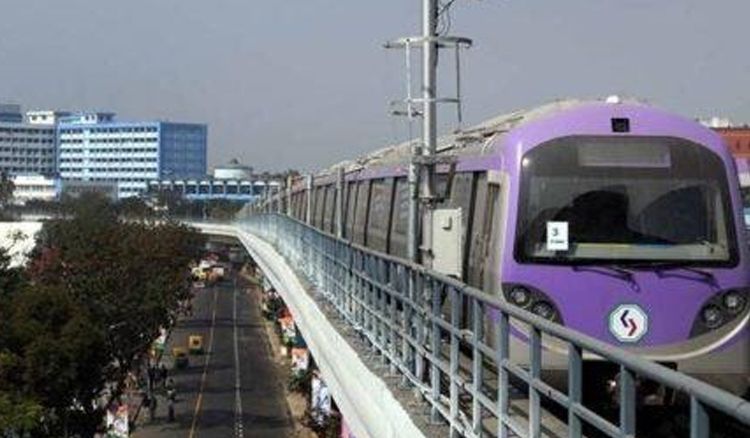 The East-West Metro is scheduled to start its operations from February 14th. Union Railway minister Piyush Goyal will be inaugurating the East-West Metro on February 13 following which the operations will commence. This first phase of the East West Metro is five kilometres long and stretches from Salt Lake Sector V to Salt Lake Stadium. The operation will start from 8 am on February 14th and the ticket counters will open at 7.45am. The last train will leave both the stations at 8pm with ticket counters closing at 7.55pm. The last trains from both the stations will leave at 8pm and ticket counters will close at 7.55pm daily. However, on Sundays, the service will start from noon and the closing time will remain the same. Trains will arrive at an interval of 20 minute but the frequency might be increased on demand. Two BEML rakes would be used for daily services and a third one will be kept on standby. A senior official of the Metro Railway said, “We will have 18 motormen who have been trained in Bengaluru. They have also received training in Hyderabad about the Communication Based Train Control (CBTC) system. They are now fully adept at aligning trains with the platform screen doors at stations. On Sundays, we shall start services from noon. There will be 25 pairs of services on Sundays but this can change depending on demand. It takes 13 minutes to complete the journey from Salt Lake Sector V to Salt Lake Stadium. So two rakes will be sufficient to operate along the stretch. One rake will be kept on standby”. A KMRC official said, “We have trained all drivers and other staff from Metro Railway to operate the CBTC and signalling systems and run trains from the operation control centre, maintain signals and halt the trains in coordination with the platform screen gates”. The first phase of E-W Metro has six stations - Salt Lake Sector V station, Karunamoyee station, Central Park station, City Centre station, Bengal Chemical station and Salt Lake Stadium station. 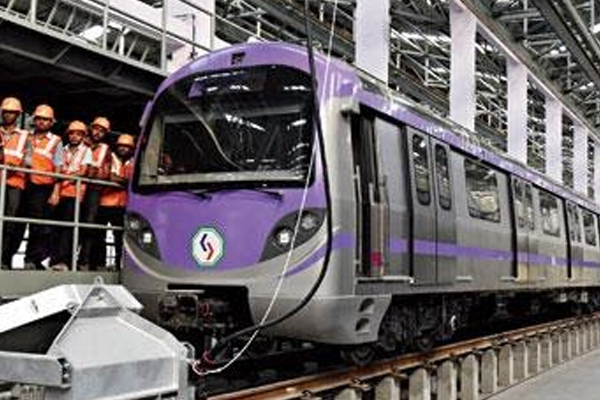