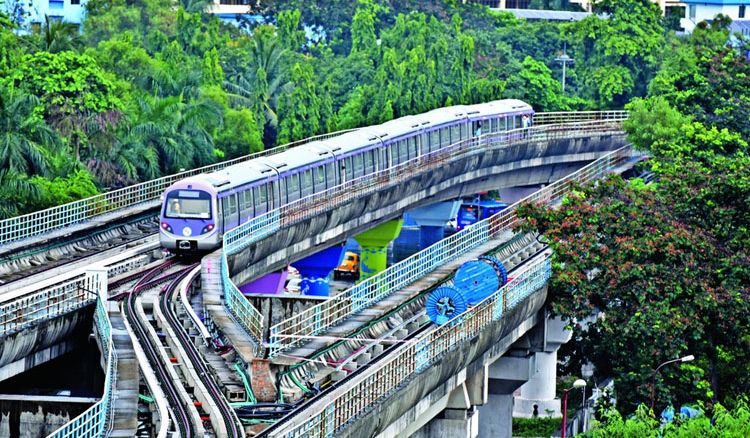 The East West Metro has successfully completed its dummy trial runs after officials of Kolkata Metro Railway Corporation Limited (KMRCL) conducted tests to check the synchronization of platform screen doors with the train as well as other technicalities. Signalling system along with alignment of the train doors with the platforms was thoroughly checked. The time taken by the metro to complete the five-kilometre-long journey was noted as well. Now that the dummy tests are over, it’s time for a 10-day failure drill in order to check if the system is prepared against sudden malfunctions. The first phase or the 5km stretch has already undergone several trail runs, this one being the final one. During the failure drills, the trains will be made to run in circumstances like power-tripping and the rakes will be disabled in the middle of a trip to check how the platform screen gates, public address system (PAS) and other emergency features of the East-West Metro react to these situations. A KMRCL official said, “The section has gone through two rounds of service trials already. But they were done to check the system’s functionality. Failure drills will reveal the preparedness during unforeseen situation. This way, the trials become fool proof”. The first phase of the East West Metro is 5 Km long and includes six stations - Salt Lake Sector V station, Karunamoyee station, Central Park station, City Centre station, Bengal Chemical station and Salt Lake Stadium station.