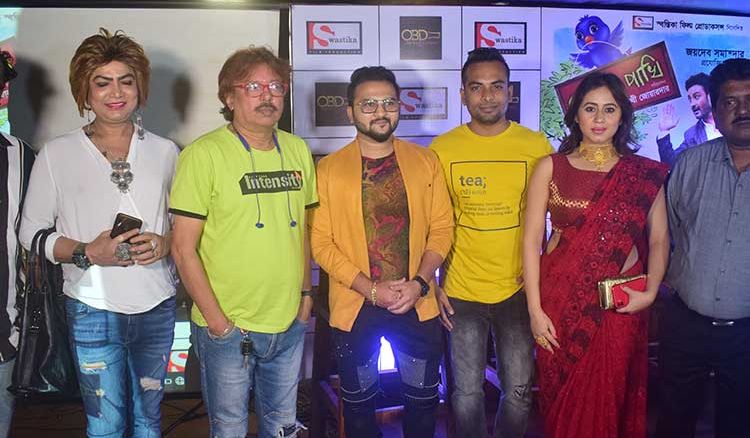 Actress Durga Santra will be appearing opposite actor Saheb Bhattacharya on Director Parthasarathi Joardar's 'Bhorer Pakhi'. The trailer and music of the film was recently launched in presence of the cast and the director.  'Bhorer Pakhi' is a romantic comedy film where the protagonist is Pakhi, who lost her parents during her childhood to an accident. She has been brought up by her uncle and aunt. Pakhi’s grandfather happens to be her favourite. The character of Pakhi has been played by actress Durga Santra.

Apart from Saheb and Durga, the film will also feature veteran actors like Paran Bandyopadhyay, Rajesh Sharma, Bishwanath Basu and Sonali Chowdhury. Paran Bandopadhyay will be seen in the role of Pakhi’s grandfather. The music of the film is directed by Dev Sen and the music tracks have been sung by Samayan, Pritam and others. The film is produced by Joydev Samaddar and the film was shot at Vizag. 'Bhorer Pakhi' is scheduled to release on July 22.