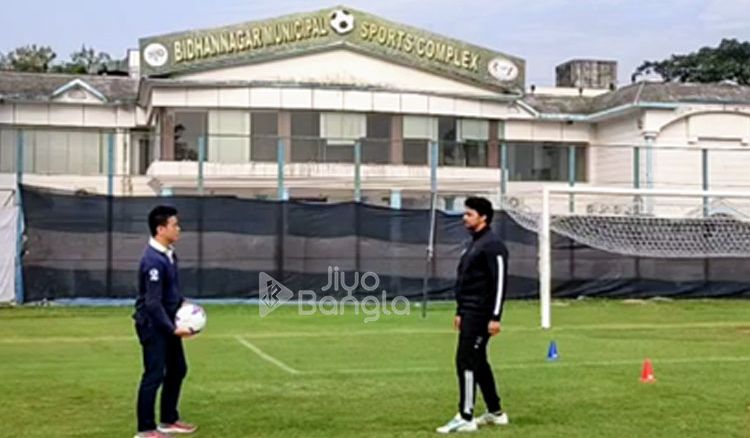 Dev is ready to score a perfect Goal!

What happens when two icons from different industry come together and deliver their best at a football ground on a Sunday morning? Well, a lot of fun, action and learning! Bhaichung Bhutia trained actor Dev to help him prepare for this upcoming role in director Dhrubo Banerjee’s ‘Golondaaj’. The actor will portray the role of Nagendra Prasad Sarbadhikari- the Father of Indian Football.

The former striker happily obliged to help the ‘Tonic’ star to show him few tricks of the sports. Bhaichung Bhutia showed the actor some shooting skills, headers, foot movements and more to make the actor ready for his next movie. Speaking with the press, the Sikkimese sniper said, “We all must know Nagendra’s contribution to Indian football.” Despite having a flight at 9:30 am on Sunday, Bhutia took some time out to teach Dev the nuances of football. According to news, Bhaichung has invited Dev and his team to train with him in Sikkim for 10 days.  On the other hand, the movie will go on floor from January 15 till then the practice session will go on for Dev.