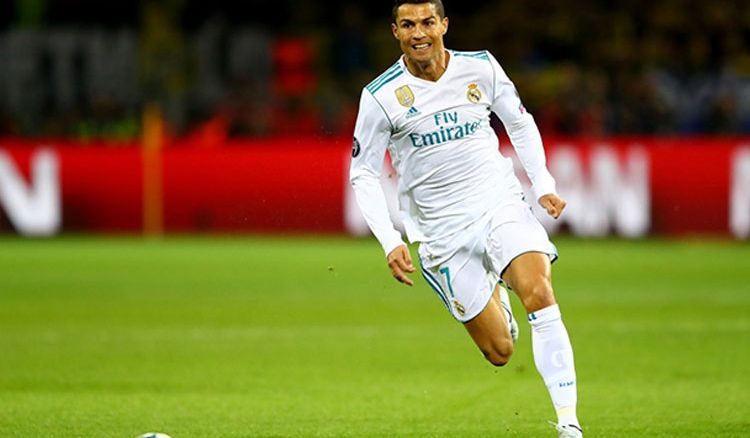 The 32 year old Real Madrid forward has been tipped to win the Ballon d’Or again this year. With last night’s goal, Ronaldo made it to nine goals in the Champions League this campaign. At this stage of Ronaldo’s career, while some may want to consign him to the history books, but in the Champions League, Ronaldo is still rewriting history.

Cristiano Ronaldo fired into the top corner against Borussia Dortmund from the edge of the box; a strike that pulled him level with Lionel Messi on 60 Champions League goals, making it doubly satisfying for the Portuguese.

In last nights’ match, Ronaldo helped make the first goal of the game when he cut in from the left and played in Isco, who passed onto Borja Mayoral who in turn finished cooly for his first Champions League goal of the season.

Ronaldo then secured his place in the record books four minutes later the ball was worked to Ronaldo, who took a touch and ran in from the left to curl home past a stationary Borussia Dortmund goalkeeper Roman Burki.

Shinji Kagawa could have pulled a goal back for Dortmund but had a tame effort cut out by Madrid defender Raphael Varane.

Christian Pulisic started to exert his influence on the game but it was Cristiano Ronaldo who stole the show at the other end with his cushion header inside the area so nearly led to Mateo Kovacic getting the third goal of the night for Real Madrid.

Dortmund striker Aubameyang scored on the 42nd minute with a fine downward header from a Marcel Schmelzer’s clipped cross.

Three minutes post half-time, Aubameyang capitalized on an absent offside flag to beat Real Madrid goalkeeper Keylor Navas with a dinked effort after his initial shot was saved by Navas.

Determined to finish what he had started, Ronaldo found another gear and was involved in everything Real Madrid threw at Dortmund to win the game. Soon enough, Dortmund failed to deal with a lofted ball into the box which was knocked down to Vazquez, and he volleyed with the outside of his boot into the far corner of the Dortmund goal.

But Ronaldo, was the man of the match, who at 32 years was always involved in the game and always a threat to Dortmund. As always, his game was a treat to the football fans the world over.