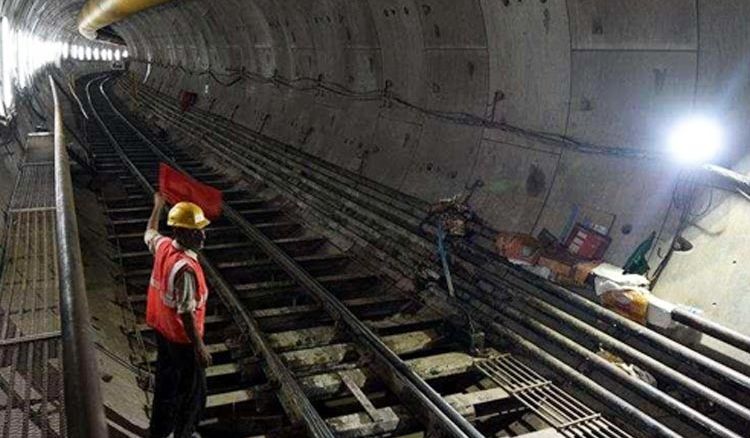 City of Joy Stunned the Nation Yet Again

People say that the city of joy runs at its own pace keeping the old and the new at harmony. Kolkata has stunned the nation in many ways traditionally, culturally and technologically. It is the first city in the country that introduced underground metro services in India. It was in the year 1984, which proved to be a blessing for us all as it carries over hundreds of passengers every day, and is the most convenient mode of commute to avoid traffic.

Over three decades later the city has again created history, with its underwater metro service. The work will be completed by 2021. The metro tunnel is constructed 30 meters below the riverbed, the east and westbound twin tunnel is 520 meters long. The metro will run between Howrah and Salt Lake, it will connect two of the busiest stations of Howrah and Sealdah Junction. The metro will be underwater between Howrah and Mahakaran metro station and will cover that distance within a minute, there the train will pass at a speed of 80 km/hr. the construction work is appreciated nationally and internationally as well. Recently the Railway Minister Piyush Goyal praising the project tweeted about its development,

“Operating under Indian Railways, Kolkata Metro has constructed the first-ever transport tunnel in the country which will pass through underwater.”

“This tunnel has been constructed using the world’s finest technology, soon rail travel will be introduced for rail passengers on this route.”

The service will start soon and the railway officials are expecting a surge of one million commuters by the year 2035.