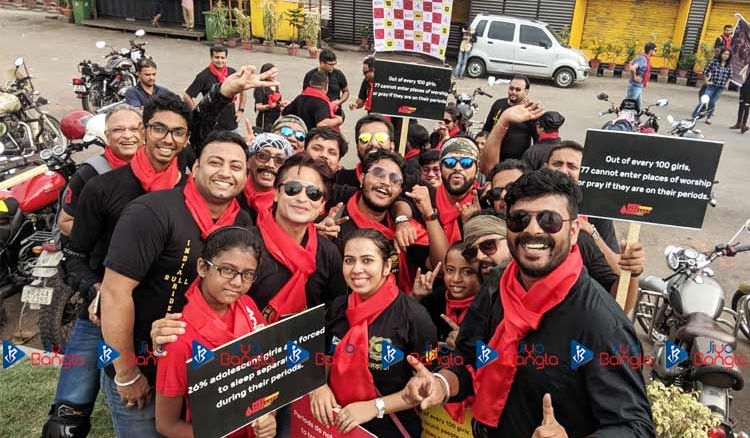 Breaking the Silence and taking a stand for women’s health

To celebrate International Menstrual Hygiene Day, a bike rally was held at Rajarhat On 2nd June 2019 around 6:30 AM from Ruby crossing to Rajarhat via Nabanna. It was a 40km drive for the participants. On a bright Sunday morning, a group of bikers took a stand against myths, and taboos created by the society and spreading awareness among the citizen of Kolkata.

This was a huge initiative taken by the dwellers of Kolkata which was planned systematically. The successful event was created by 'Breaking the Silence' and 'Indian Bull Riders' jointly. However, for the second time, a parallel event under the same banner was organized in Bangalore as well. The objective of 'Men take the lead' was to enlighten, educate and create awareness among the participant on the issue of menstrual hygiene prevalent across India and to end the stigma around mensuration faced by women in their homes and workplace. This successful event will set an example globally and make men aware of the issue which is faced by girls and women every single month. The route for the ride was Ruby crossing from MAA flyover and head towards Nabanna and then towards Rajarhat.

'Breaking the Silence' is a global initiative operating in 11 states in India and expanding to Southeast Asia and Africa to end the myths, taboos around menstruation that are affecting not just the health and hygiene even the education system, dignity of adolescent girls and woman in India. Jiyo Bangla was a proud partner of this event and will surely stand by them, every time they come forward and create more awareness.