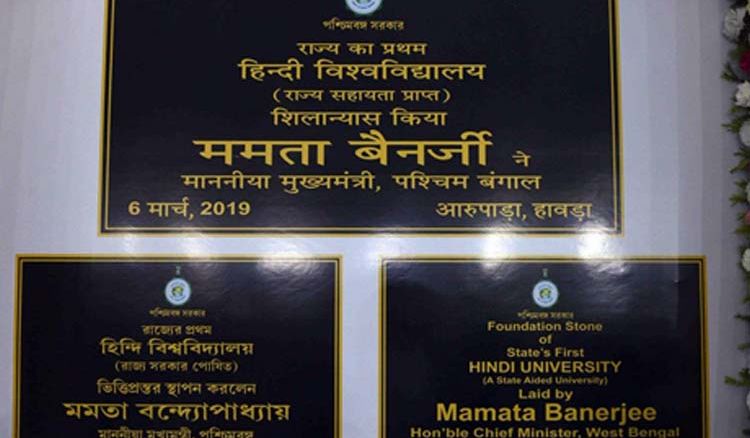 West Bengal is going to get its first Hindi University after the Hindi University, West Bengal Bill, 2019 was passed in the Legislative Assembly. The university will be set up in Shibpur, Howrah and various courses of the undergraduate level would be taught here. The government of West Bengal has asked the Higher Education department to start the construction works of the campus soon. The foundation stone of the university was laid back in March by the Chief Minister. CM Banerjee addressed the Assembly and said, "Today is a historical day. The Hindi University, West Bengal Bill, 2019 was passed in the Assembly. I express my gratitude to all the teachers who are building our nation. The university will open new dimension in the field of education. We have already set up 31 universities and some others are coming up. Around 50 colleges have been constructed and 60,000 new schools have been opened. The child drops our rate in the state has gone down significantly after the Kanyashree project was launched". The name of this university is however, yet to be decided. The State Government is also willing to set up a separate university for Santhali speaking people in Jhargram.