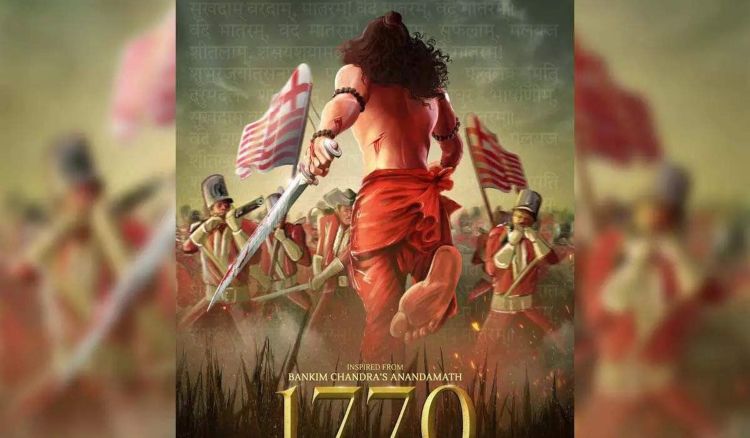 The Telugu film industry has surprised the audience with back to back hit films for quite sometimes now and to continue that streak, director Ashwin Gangaraju is coming up with the film '১৭৭০'. Recently, the motion poster of the film was released on the occasion of the Independence Day. The plot of the story is based on the story of Bankimchandra Chattopadhyay's novel 'Anandamath'. The director of the film, Ashwin Gangaraju has been associated with films like 'Bahubali', 'Bahubali-2', 'Eega' and has been working in the Telugu film industry for 12 years now. The screenplay and dialogues of the film are written by V Vijayendra Prasad. The concept and creator of the film is Ram Kamal Mukhopadhyay and it is being produced by Shailendra Kumar, Sujoy Kutty, Krishna Kumar B and Suraj Sharma. However the list of the cast has not yet been released. The film will be released under the banner of SS One Entertainment and PK Entertainment in Hindi, Tamil, Kannada, Malayalam and Bengali languages, apart from Telugu.

A web-series completely shot on a phone!

Poster launch of 'The Red Files'

Team ‘Taka’ in an exclusive interview with Jiyo Bangla