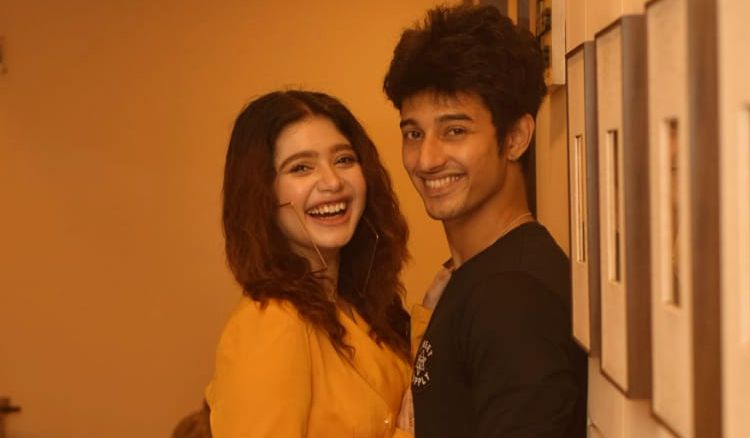 Aryann and Ena in another Horror comedy

Director duo Subrata Mondol and Sidharta Sen, who made their debut with the movie ‘The Hacker’, has once again cast Aryann Bhowmick and Ena Saha. According to the directors, Aryann and Ena make a great pair and they need to be presented in front of the audience.

The pair will be seen in their next film ‘Bakita Kalponik’. The film is a horror-comedy, apart from Aryann and Ena, Sourav Das and Soumendra joined the cast. The movie deals with 4 college student and a myth. How Ena ends up in a boy’s college and the scary experience she faces in that engineering college. The film has been shot in Kolkata and North Bengal. Speaking with Ena, she said, “It was really a great trip for sure. Although the movie is a horror comedy, the moment these three guys and my character face those incidents things will change.” Aryann Bhowmick and Ena Saha were last seen in ‘Bhoot Chaturdashi’ which was shot in Santiniketan.