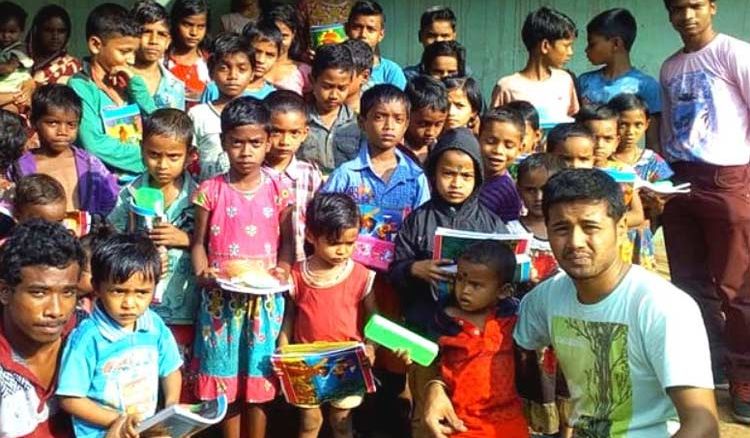 An angel in disguise

Food delivery apps like Zomato need no special introduction. It is one of the primary ways to get food if you are lazy to go out or make some. However, most of us are unaware of what happens when the order given is cancelled by us in these apps. Generally, the restaurants give away the food to the food delivery guy. While some of them prefer to eat it themselves or share it with their family, Zomato delivery executive Pathikrit Saha has adopted a noble way to help those in need. He feeds the egg rolls, momos, chowmeins and other food items that users cancel on Zomato to the underprivileged children of his locality.

While this alone is a commendable act altogether, Saha’s goodwill doesn’t end here. In the evening, Pathikrit teaches the underprivileged kids under a tree. He also takes the initiatives in arranging the community feasts in his locality. “Four years ago, I was crossing the streets near Dumdum cantonment when a dishevelled kid came and started begging desperately for money. I slapped him thinking that he wanted to waste the money on harmful drugs but later came to know that he has no option other than begging to survive”, Pathikrit recalls. He started an evening school after he realised the plight of such kids around the area, and the number of his students gradually increased over years. Much to his happiness, many of them got enrolled in government schools later.

Saha has also started a non-profit venture, the Help Foundation to involve more restaurants in the city to donate the excess food and cancelled orders to such kids. He also hopes to acquire funds to set up a formal tuition for these kids, and with his organisation being legally registered recently, it looks like the golden days aren’t far away.