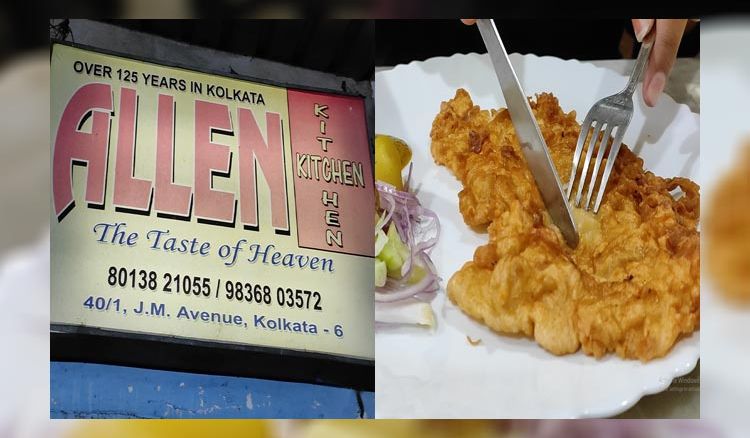 Kolkata’s Allen Kitchen is primarily famous for its Special Prawn Cutlet. The dish was invented by Jiban Krishna Saha and is considered to be one of the best in the city according to food critiques. The Special Prawn Cutlet sells like a hot cake even today and has given Allen Kitchen a remarkable identity. The current branch started back in 1958 and is now the only outlet in the city. The eatery initially started in Allen market at Chitpur and the current address started as another branch. The older branch was later moved to a nearby place and was finally shut down in 1992. Unlike other eateries in Kolkata, Allen Kitchen has a short menu with each item having its own special taste. Apart from the Special Prawn Cutlet, other items of the menu such as Fish Cutlet, Fish Roll, Chicken Stack or Devil are equally delicious. The special items in the menu are made with Ghee and not regular oil, adding a special touch to the dishes. Their recipes are well kept secrets and one will never be able to re-create the taste of these dishes, perhaps the main reason behind it being so famous for decades. The place remains open from 4-9 pm but do reach there by seven if you want to satisfy your tummy!