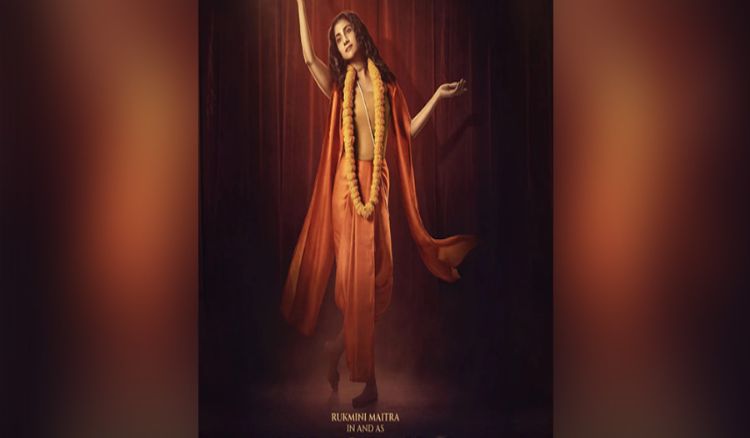 The life story of Binodini Dasi will now be depicted in the Bengali cinema through the film ‘Binodini’. Actress Rukmini Maitra is going to play the role of Noti Binodini in this film directed by Ram Kamal Mukhopadhyay. The poster and teaser of the film were launched recently. Ram Kamal Mukhopadhyay revealed the name of the main character of the film on Teacher’s Day. For this film, the director had to undergo extensive practice of Indian classical dance for better understanding of the concept. Actress Rukmini was seen in a complete different avatar in the poster of the film where she appears in a saffron dress and curly hair.

While speaking about the film, director Ram Kamal Mukhopadhyay said, “I always wanted to tell the fascinating story of Binodini Dasi for the Bengali audience. I struggled for almost two years to get the budget that I expected to mount such a musical film. Rukmini Maitra was the only person who stood by my faith. Since she had seen my work in 'Seasons Greetings' and 'Ek Dua', she believed that Ram Kamal Mukherjee could possibly handle the pain and journey of this mega star of Bengali theatre. I’m happy that Rukmini is the star of this film".

The film's story, screenplay and dialogues are written by Priyanka Poddar. The film is presented by Dev Entertainments Ventures and produced by Shailendra Kumar, Suraj Sharma and Prateek Chakraborty.