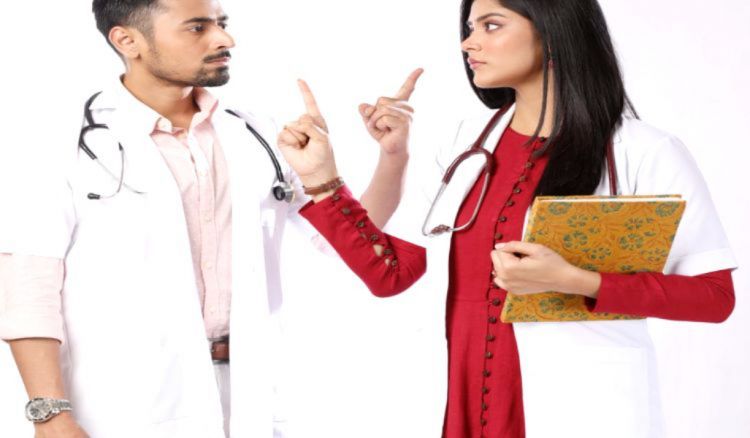 Actor Saptarshi Moulik has appeared in a new look in the television serial 'Ekka Dokka' where he plays the lead role. Sonamoni Saha has appeared opposite him in the serial. The plot of the serial revolves around the story of two MBBS students whose families have been into a conflict for ages. The new generations of the two families are trying their best to stop their fight between the Sen and Majumdar families. Saptarshi Moulik plays the character of Pokhraj in the serial and Sonamoni playes the character of Radhika. Both Pokhraj and Radhika are sincere students but when Pokhraj scored more, Radhika challenges him that she would score better the next time. However, during this process both of them fall in love with each other. To know what happens next, one has to watch the serial 'Ekka Dokka'.

Apart from Saptarshi and Sonamoni, the television series also casts actors like Aparajita Ghosh Das, Ansuya Majumder, Ashok Bhattacharya, Chandan Sen, Malavika Sen, Soodip Mukhopadhyay, Maina Mukhopadhyay, Bhaskar Bandyopadhyay and Dulal Lahiri. The plot of the serial has been written by Leena Gangopadhyay and it has been directed by Shaibal Banerjee. The serial is produced by Magic Moments Motion Pictures and it telecasts every Monday to Sunday at 9 PM.