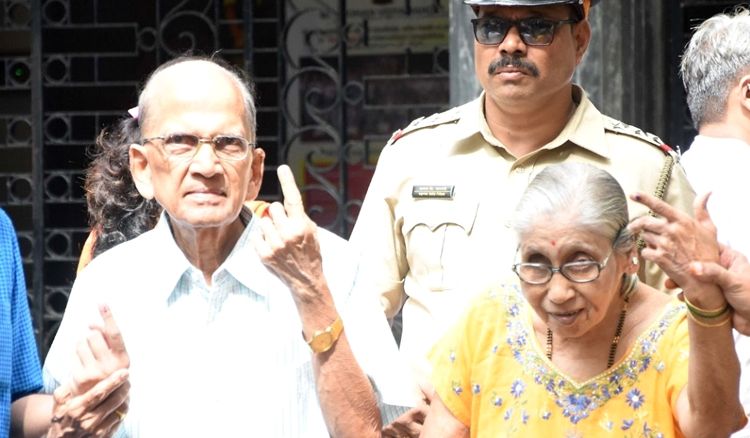 The government at the Centre, announced on Saturday, that the citizens who are physically disabled and those who are above 80 years of age can now cast their votes through postal ballot. This move has been taken to help increase voter turnout.

Presently, voting through postal ballot is available only armed forces and officials assigned for poll duties.
As per the recommendation put forward by the Election Commission, the Ministry of Law and Justice has amended the Conduct of Election Rules, 1961, on October 22, 2019 which allow the senior citizens and people with disabilities in the absentee voter list. The absentee voter list consists of vote cast by citizens who are unable to go to the polling station.

Officials stated that since people are unable to reach the polling stations, they are unable to cast their vote as well. So now onwards during elections, the poll officer will attest the absentee voter in the case of senior citizens and person with disability in the form 13A.

"This will enable people to cast their votes with ease and will also thus increase the voter turnout," an official said. In the last Lok Sabha elections, about 60.14 per cent of absentee voters voted through e-postal ballot while in the 2014 general elections, the figure was just 4 per cent.