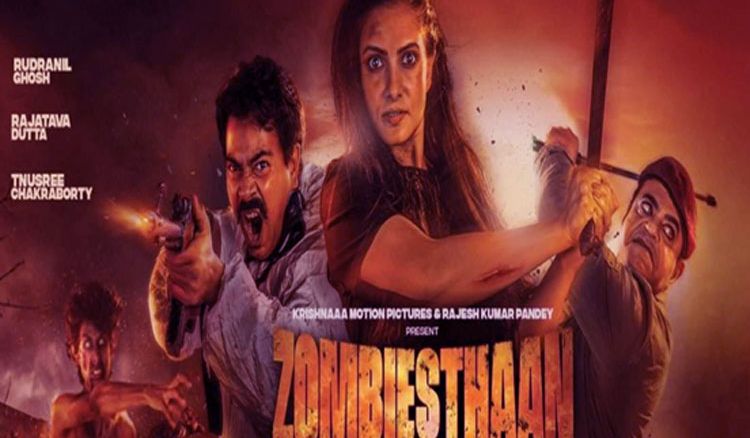 Abhirup Ghosh gears up for some hush and horror

This is not a tale with happy ending. This one is a first Zombie movie- Zombiesthaan which is written and directed by Abhirup Ghosh. There seem to have been Zombies forever in popular culture in the western countries. Lately, the undead have been making their ghoulish presence felt here (in Kolkata) as well. Director brings forth an interesting story to the audience and to make the story more serious he have infused two brilliant actors of Tollywood. They are none other than actor Rudranil Ghosh and Tnusree Chakraborty as the leads.

The story revolves around a post-apocalyptic adventure; Zombiesthaan is set in the year 2030 (considered to be Black Day) when a mysterious bio-chemical weapon ends up effecting millions turning them into ferocious, insane cannibals. The government system breaks down due to the freak accident and goes out of order. Barely 5% is alive. A female survivor called Akira (Tnusree) is travelling through the wastelands of Bengal, in search of safe zone which is established by the military. During her travels, she comes across Anil (played by Rudranil) who has turned his house into a fortress. Anil Chatterjee believes the era of humans is over and soon the world will reboot.  On the other hand, Akira travel down to a private estate, ‘Horidas Nogor’ and the man who inherits that property keeps woman as sex slaves and barter system in use of trade among different communities. Apart from Rajatava Dutta, Debolina Biswas, Jeena Tarafder, Sourav Saha, Souman Bose and others.