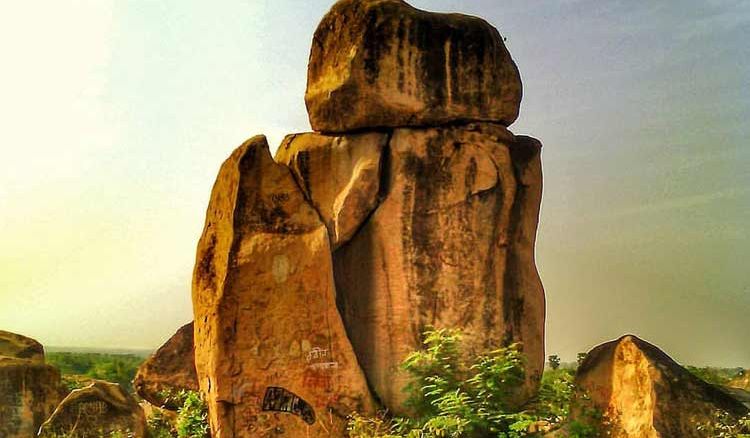 A trip to ‘Mama Bhagne’

Birbhum the land of red soil is famous for many tourist attractions, Shantiniketan being the most famous one. In Birbhum  lies a lesser known place which has gained popularity in recent years, the ‘Mama Bhagne Pahar’. It is in the easternmost part of the Chota Nagpur Plateau.

The Mama Bhagne Pahar is a rock formation having granite boulders one on top of another. This unusual rock formation is a famous landmark of the state. It is situated near the Dubrajpur town of Birbhum. There is a temple at the base of this formation and the deity worshipped here is an avatar of Lord Shiva, known as Pahareshwar.

The Mama Bhagne Pahar has been a backdrop for one Satyajit Ray’s Feluda story; titled as ‘Robertsoner Ruby’. Not only that Ray used this formation as the thematic motif for his film ‘Abhijan’. Apart from the iconic hill, there is a lot of bolder in that area. This place gives a sense of adventure and ruggedness so if you want to go for an offbeat weekend trip then Mama Bhagne should be there on your bucket list.

How to reach there?